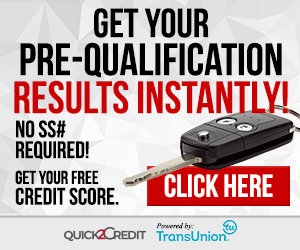 Phantom Black Tri-Coat Pearl 2015 Dodge Challenger R/T Clement Automotive Group. Best Cars, Best Prices! Over 1000 Cars, Trucks & Suvs to choose from and over 70 lenders to help with every Credit Situation. All prices includes $1000 discount to Finance with Dealer. We make every attempt to ensure accurate pricing, and options on every vehicle. Dealer is not responsible for computer errors, human errors, or third party errors with pricing or description of vehicle. And we recommend you contact the dealership to ensure accuracy of advertised vehicle.

Model Overview
The 2015 Dodge Challenger is offered in six different trims: SXT, SXT Plus, R/T, R/T Scat Pack, SRT 392 and SRT Hellcat. Like the pony cars of old, the Challenger offers something for everyone, with offerings ranging from sporty and economical to full-blown muscle car and, in the case of the Hellcat, something completely insane.

SXT and SXT Plus models come with a 305-horsepower 3.6L V6 engine, which is capable of an EPA-estimated 30 mpg on the highway. The Challenger R/T draws its power from a 5.7L Hemi V8, which makes 375 horsepower and 410 pound-feet of torque. The new R/T Scat Pack features a 6.4L Hemi V8 with 485 horsepower and 475 pound-feet, while still returning up to 25 mpg on the hightway. The SRT 392 utilizes that same engine, while the top-of-the-heap Challenger SRT Hellcat has a new 6.2l supercharged Hemi V8. The monstrous engine makes 707 horsepower and 650 pound-feet of torque -- the most powerful muscle car engine ever produced. All Challengers feature a standard 8-speed TorqueFlite automatic transmission, though a TREMEC 6-speed manual is available in all the V8 cars.

Challenger SXT models have the same retro muscle-car silhouette as the others, but they're a little bit more sensible, with a low base price and reasonable fuel economy on the highway, while still providing satisfying acceleration for most everyday driving. The V8 models, however, have a different attitude, with a rumbling exhaust sound, tremendous torque just off idle, and a true muscle-car feel. Thanks to Dodge's multi-displacement system, which shuts down some of the cylinders during coasting or cruising to save fuel, all Hemi engines have the power to lay rubber but can also behave themselves when cruising.

Seating rests rather low in the Challenger, and the car's tall shoulders lend a protective feeling. The redesigned front seats have plenty of space for the largest folks, and although technically the Challenger is a 5-person coupe, its back seat can be quite tight, and entry and exit from the back seats can be a challenge. The trunk, however, is huge and easily accessed; Dodge says it's as big as that of the Charger sedan.

The high-performance SRT models at the top of the Challenger range are truly where the muscle-car cues all come together. They include HID headlamps, power heated mirrors, a remote start system, heated leather seats, a media center with hard-drive system and Boston Acoustics sound. Exterior cues include hood stripes, a rear spoiler, a functional hood scoop, a satin chrome grille and special SRT 20-inch alloy wheels. The appearance extras make the most of the blunt, aggressive shape and low, wide stance.

Standard features across the Challenger model line include electronic stability control, anti-lock brakes, side airbags and side-curtain airbags. The base Challenger SXT isn't luxurious but it includes nearly all the features that are expected at its price level, including keyless entry, cruise control, air conditioning, power foldaway mirrors and a CD/MP3 sound system with auxiliary input. In addition to the V8, suspension, steering, and wheel upgrades, the R/T adds fog lamps, satellite radio, Bluetooth and a spoiler, while the R/T Scat Pack also includes premium cloth sport seats, Brembo 6-piston brakes, and a Bilstein high-performance suspension.

Getting financed with us is fast and fun. Whether you’ve always enjoyed a sterling credit history, are currently working on improving your credit score even more, or this is your first time buying a car, you can count on the friendly experts at Clement Olympic Motors to make the whole process transparent and easy to understand. To learn more and get the ball rolling on the right loan for your unique financial situation, call (314) 395-7878 or apply online now.

What is the financing process like at Clement Olympic Motors?

Easy and relaxed. Our primary goal is your total satisfaction, so we provide you with as much time and expert insight as you need to properly consider all of your loan options. This commitment to friendly, honest, and fair service is truly a breath of fresh air and ensures that you drive away happy, satisfied, and behind the wheel of the vehicle you've always wanted.

What are the steps in the financing process at Clement Olympic Motors?

Great question. Securing a competitive loan from Clement Olympic Motors takes only three easy steps. First up is to either apply online for pre-approval via our quick and convenient online credit application or call (314) 395-7878. From here, one of our financing experts will connect with you to go over the details of your loan offers and ensure that you have everything you need to make a smart and informed decision.

After reviewing your proposed loan terms and consulting with our financial advisors and your trusted personal confidants (friends, family members, etc.), there is only one step left: Finalizing the perfect loan for you via a simple and respectful process. By following these three short steps, you can make the most of the best loan experience here in St. Louis.

What is involved in securing an auto loan in St. Louis MO?

The answer to this question includes a variety of factors, such as:

People from all around St. Louis come to purchase a clean car, truck, or SUV from our used car lot each and every day. Most loans prepared by our team are entirely unique, so the factors that will shape your bank loan will depend on your specific situation, desires, and needs.

Our expert financial professionals are happy to find and present lots of great offers to ensure that you are in complete control and that you are receiving the best deal possible on the loan you need. Our customers make great and informed decisions based on all of their available options thanks to a perfectly transparent process that we take seriously.

Who can I call at Clement Olympic Motors to get the financing process started?

Any of our amazing specialists will be more than happy to help you get the ball rolling on your dream car. All you have to do is dial (314) 395-7878 when you have a few free moments and you'll soon see that getting approved for a car loan at Clement Olympic Motors is quick, easy, and convenient.

* Pricing - All vehicle pricing shown is assumed to be correct and accurate. Incentives, credit restrictions, qualifying programs, residency, and fees may raise, lower, or otherwise augment monthly payments. Additionally, incentives offered by the manufacturer are subject to change and may fluctuate or differ based on region and other considerations. Unless otherwise noted or specified, pricing shown does not include title, registration, or tax fees and costs.

* MPG - Vehicle information, as well as features and other inclusions, may vary by model and are based exclusively on standard equipment. No claims, warranties, or guarantees have been made related to the accuracy of customer payments, model equipment, or vehicle pricing. Please call with any questions you might have and to reassert the accuracy of any information presented here.

* Pre-Approval - Applicants are not promised financing at rates specified on website.

* Sale price - Does not include destination charges, optional equipment not included in price, and not all customers will qualify for all incentive.

* MSRP is the Manufacturer's Suggested Retail Price (MSRP). It does not include any taxes, fees or other charges. Pricing and availability may vary based on a variety of factors, including options, dealer, specials, fees, and financing qualifications. Consult your dealer for actual price and complete details. Vehicles shown may have optional equipment at additional cost. The estimated selling price that appears after calculating dealer offers is for informational purposes, only. You may not qualify for the offers, incentives, discounts, or financing. Offers, incentives, discounts, or financing are subject to expiration and other restrictions. See dealer for qualifications and complete details. Images, prices, and options shown, including vehicle color, trim, options, pricing and other specifications are subject to availability, incentive offerings, current pricing and credit worthiness. In transit means that vehicles have been built, but have not yet arrived at your dealer. Images shown may not necessarily represent identical vehicles in transit to your dealership. See your dealer for actual price, payments and complete details. Although every reasonable effort has been made to ensure the accuracy of the information contained on this site, absolute accuracy cannot be guaranteed.

*All prices include $1000 discount to Finance with Dealer. We make every attempt to ensure accurate pricing, and options on every vehicle. Dealer is not responsible for computer errors, human errors, or third party errors with pricing or description of vehicle. And we recommend you contact the dealership to ensure accuracy of advertised vehicle.

Use this shortened URL to share your current search results.